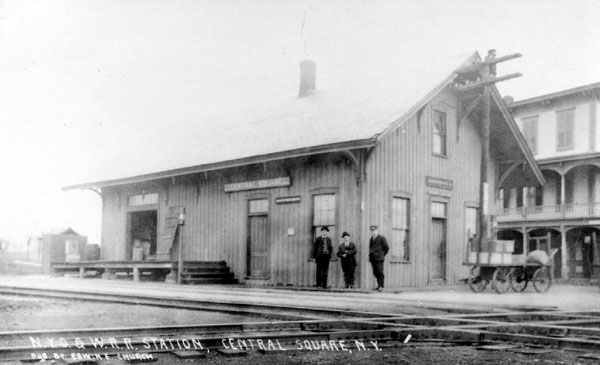 Original depot burned down in 1908 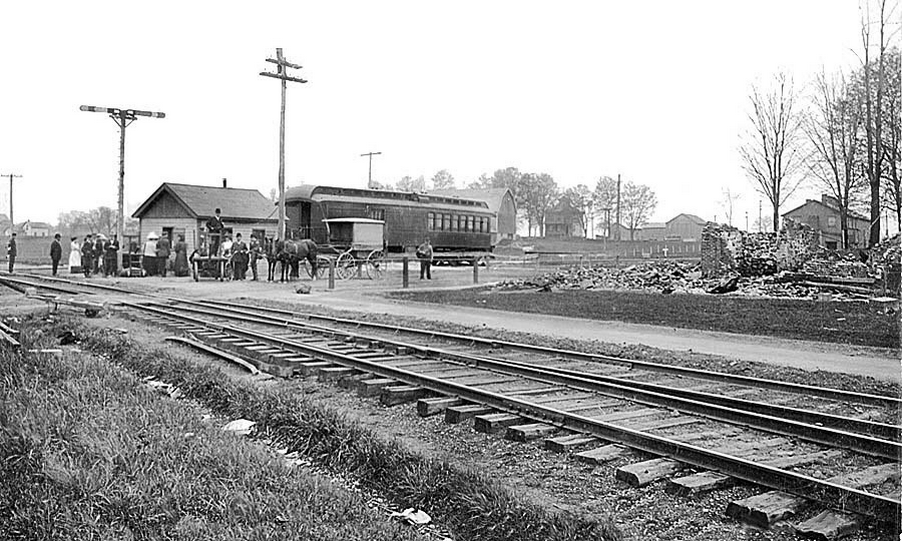 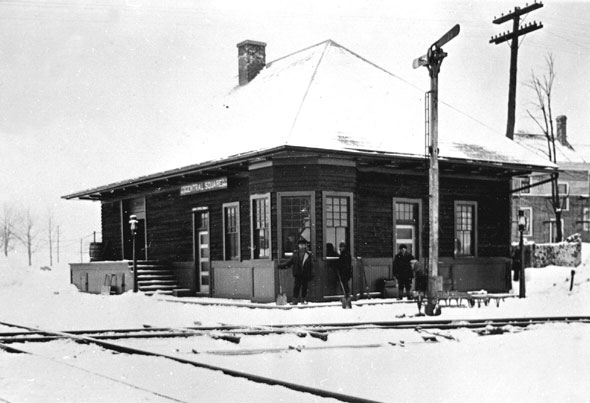 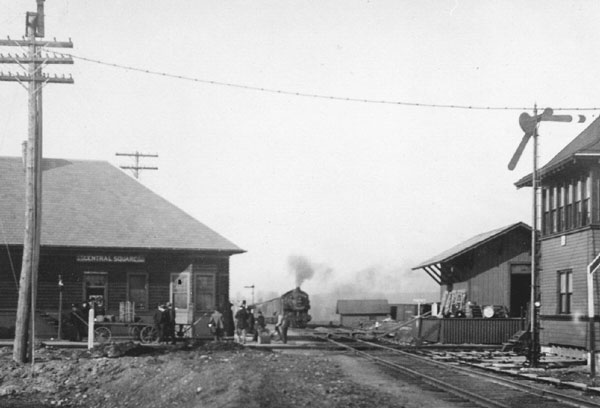 The Central Square Museum was once jointly operated as a depot for the New York, Ontario & Western and New York Central railroads. There are both indoor and outdoor exhibits.

In the late 1800s and early 1900s, the Central Square Station was the principal communication and transportation center for the village. The Central New York Chapter of the National Railway Historical Society has undertaken the arduous task of restoring the depot to its original appearance inside and out. The finished project is presenting what the rail age gave to the community and serves as a rail museum, library and public meeting rooms.

The New York, Ontario and Midland Railroad built an original station at the site in 1868. A few years later, the Syracuse and Northern Railroad crossed the “Midland” at the depot. The original depot was destroyed by fire on Oct. 23, 1908, and replaced by the present structure, which was completed during 1909.

Over the years, the railroad names changed. The “Midland” became the New York, Ontario and Western, also known as the “O&W”. The Syracuse and Northern became the Rome, Watertown and Ogdensburg; then New York Central, Penn Central, Conrail, and now CSX.

The depot was once a busy place. The O&W offered four round trips each day and the NYC had eight daily round trips. As for freight, several milk plants, a freight house, and coal yards generated most of the local traffic. Through traffic of coal trains from the Scranton, PA, coal fields bound for the coal docks in Oswego, as well as machinery and boilers from the iron works in Oswego, kept the line busy for many years.

The O&W served the rural regions from Oswego to Oneida, Norwich, Middletown, and on to Weehawken, NJ. The NYC served the most communities in the Northeast and Midwest. The O&W was abandoned in 1957, but the Central line continues under CSX as a busy through freight line between Syracuse and Montreal with no local service.

The museum has been a project of Stationmaster Bob Townsend with help from member Harvey Harke, Bob’s wife Judy, and the late Bob Kline. (Harvey, Bob and Judy are pictured above with new sign on Rt. 11.)