The CNY Chapter, NRHS, is proud to have assisted in the restoration and return of a unique model railroad to central and northern New York. The Lowville and Beaver River model railroad was built in 1989, commissioned by Railroad Model Craftsman magazine. It is a "representation" of the prototype L&BR  as it appeared around 1989. The L&BR ran between Lowville and Croghan, NY, from 1906 until 2007, when it was taken out of service by owner Mohawk, Adirondack and Northern RR.

The L&BR model railroad was first displayed at the CNY Chapter’s Model Train Fair at the NYS Fairgrounds in Syracuse in Nov. 1989. From there, it was transported to the offices of then-RMC publisher, Carstens Publications, in Newton, NJ. 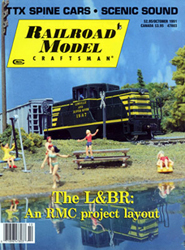 The L&BR series ran in RMC from Nov. 1991 to May 1992. Hal Carstens, publisher of RMC, donated the layout to the National Toy Train Museum in Strasburg, PA, where it was dedicated in ceremonies on April 23, 1992.

The L&BR layout remained at the National Toy Train Museum for 15 years. When it no longer met the museum’s need for a continuously running HO railroad, it was offered back to the original builders in Dec. 2007. A month later, the layout was transported to the CNY Chapter’s temporary Shoppingtown Mall storefront in DeWitt for restoration.

The layout was displayed during Sept. 11-14, 2008, as part of the Northeastern Region Fall Convention of the National Model Railroad Association, and it was a topic of clinics presented by project coordinator Jeff Paston. It was then displayed at the CNY Chapter’s Great NYS Model Train Fair in Syracuse on Nov. 1 & 2, 2008. From there, it was donated to the Railway Historical Society of Northern New York and placed in the RHSNNY’s museum in Croghan on Nov. 3, 2008. The museum is in the former Croghan depot of the L&BR. 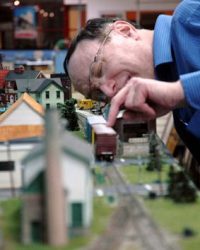 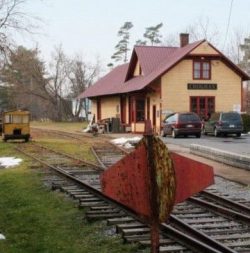 The trackplan was designed by Bernie Duerr. 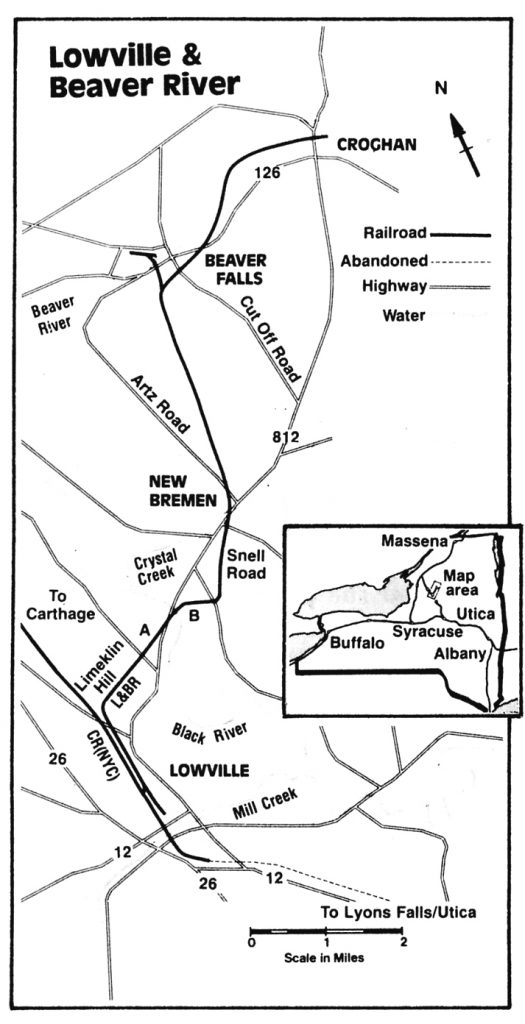 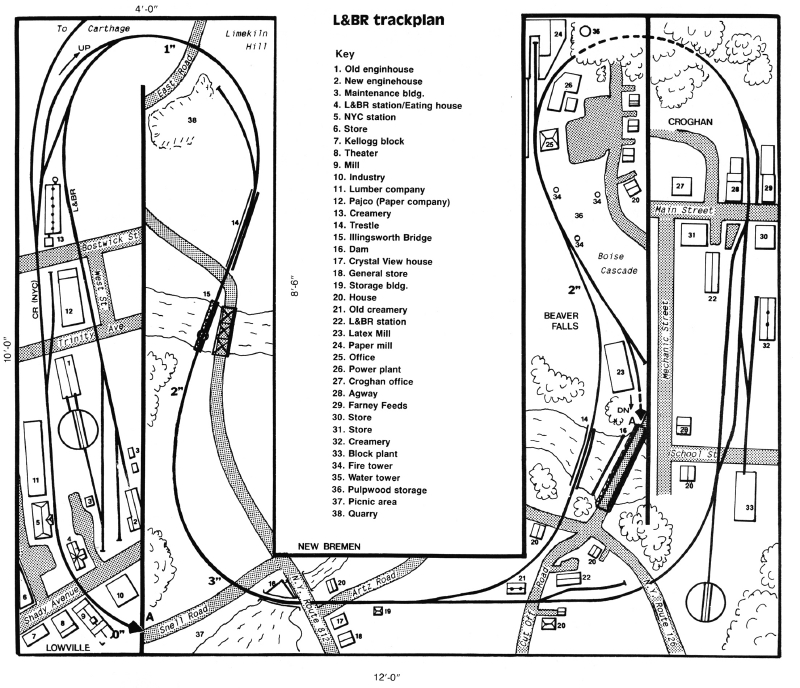 All photos ©2008 by Jeff Paston. Photos may not be reproduced without written permission.